Last week I participated in a discussion with students of the MacEwan University in Canada, in which we exchanged our views about several apps. The first one we talked about was one that would inform the user which routes were the ideal ones to get to a certain place, and that connected you to other people also going there. Another one would tell you about the people you encountered on the streets so you could meet them.

A disadvantage we found in both of them was the fact that since you don’t really know the people you interact with, it can be considered dangerous. Some measures could be taken while creating it to ensure the safety of the people using it, but it is also the user’s responsability to be careful.

I gave my opinion about an app that provided immediate medical service in an emergency, which I thought could benefit people with a certain health problem. Also, I suggested it could also be constantly checking your vital signs and warning you if something is wrong. Besides, I said it was a good idea to have an app that allowed students to buy and sell used school books.

Finally, we shared our experiences about studying in our universities to make a comparison between Canada and Mexico, and we answered the doubts we had about each other’s culture, which was very interesting and educational.

Here are some pictures my teacher Ken took during the meeting! ❤ 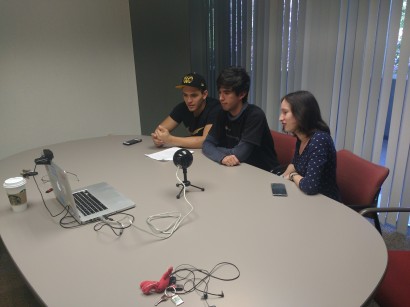 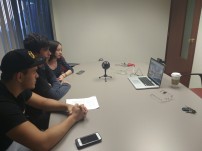 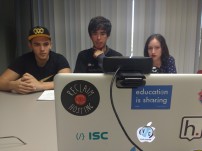